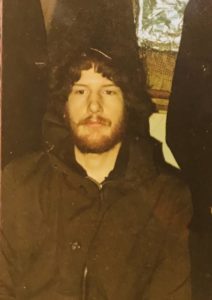 The outsider artist Arthur IJzerdraat was born in the Amsterdam district Oostelijke Eilanden. He was the grandson of Bernard IJzerdraat who was together with 17 others executed in 1941 because of resistance activitities against the Nazis. The Dutch writer Jan Campert wrote a famous poem about this event entitled “The song of the 18 deaths”.

After Arthur was born in 1957 his father Walter departed as a golddigger to the icy snowfields of Klondike near the border of Alaska. His wife Tinie and the young Arthur followed shortly thereafter to live in a small wooden cottage in the middle of nowhere. Father Walter sometimes stayed away for months. After a few years Tinie and Arthur fled back to their former neighbourhood in Amsterdam. They both were psychologically damaged.

Arthur  had the characteristics of a highly functioning autist, what in later years became known as the syndrome of Asperger. His verbal communication was limited to an almost absolute minimum but he was very intelligent and studious.   After the primary school he was placed at the renowned Amsterdam Barlaeus gymnasium which he left after a few years because he was very critical about the learning material and because his classmates were fiercily bullying him with qualifications as ‘Easter Island head’.

In his adolescent years he developed a passion for producing small drawings in which his amazing knowledge of foreign languages, physics, astronomy and environment came to expression. A simple administrative  job at the public library of Amsterdam finished in a debacle when he proposed that the manager himself would place the necessary numbers on the publcations.

He lived on a miniscule boat called “Geen Gebrek” (No Lack) in the Wittenburgergracht (district Oostelijke Eilanden). It was without the most basic facilities like heating, running water and a door.  He was always dressed in a long raincoat and rubber wellies. Instead of socks he used plastic sandwich bags because they were more practical and could be used for different purposes.

In the second half of the seventies Arthur became a daily visitor of the houseboat “De Witte Raaf” (The White Raven) in the Wittenburgergracht a few hundred meters away from his own tiny boat. The owner Kees Hoekert had become internationally known because he founded – together with Robert Jasper Grootveld (anti nicotine magician and a former leader of the Provo-movement) – the firm Lowlands Weed Company. Hundreds of tourists from all over the world visited the White Raven to hear their stories about marihuana, to drink a cup of marihuana tea and buy a cutting for home cultivation. The boat with its weed plantation even became a staging point for the tour boats.

In 1974 the White Raven was hired by the controversial Servian filmdirector Dusan  Makavejev for his film “Sweet Movie”. He had transformed it in a wonderful  psychodelic hippie style with an Indian (Indjun) head of 2 meters high on the forecourt. After the film activities the boat became a nucleus for all kinds of exceptional persons and creative activities. Grootveld was building floating islands of waste products, which after some years became wild gardens with trees of sometimes 6 meters high. One of these islands was called “The Tooth of Time”. There was a small fleet of  Westlandertjes, small flatbottomed boats which had been used by flower farmers to transport their products to the auctions. Hoekerts partner Liva Luyat remodeled one of them into an exotic tiny houseboat where she gave birth to their son Hraban. There was also a styrofoam raft of 50 square meters called “Management I”. It had been built in commission of the Dutch National Police Academy for the training of 15 higher ranking policeofficers, Willem Otten was contractor and Grootveld maritime consultant. The raft was equipped with a mast for the hoisting of a kind of Viking sail or a wigwam tent.

Arthur became heavily inspired by these new surroundings and the uncommon activities that took place there. Judging by the nature of his artistic products he may have experienced them as a magical world. He started a daily production of drawings and collages of the White Raven, indjun heads, marihuana plants, waste islands, Westlandertjes, the raft Management I, etc. Like in a movie about Peter Pan in Neverland, these objects were speeding over the oceans or flying in the air or the galaxy. Hot air balloons, uninhabited islands, sharks, Easter Island statues, Egyptian pyramids, nucleair explosions and pollution also were part of this magical artistic world.

He continued his obsessional drawing untill a bitterly cold winter night in 2007 when he died because of hypothermia on board of his boat No Lack. Perhaps, on that last night, he recalled his early youth experiences in the Klondike snowfields. He was buried in an unpainted, handmade coffin resembling those from Western movies. The lid was covered with his own drawings. 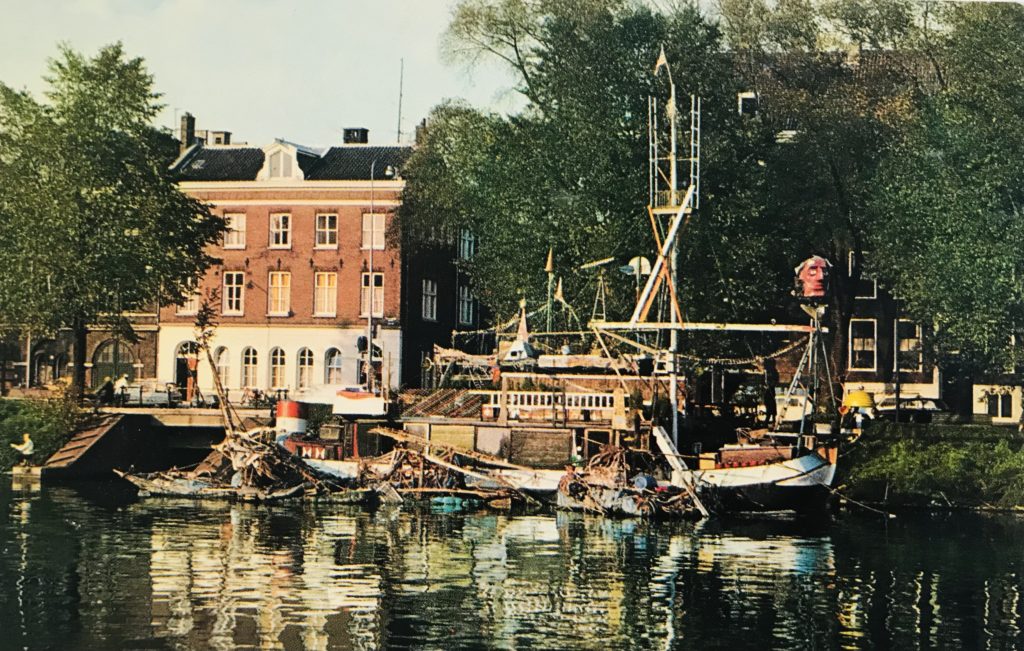 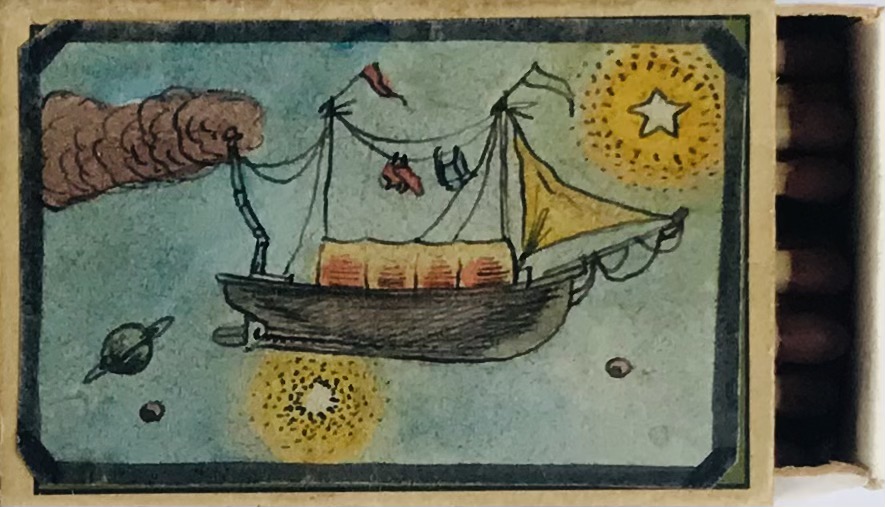 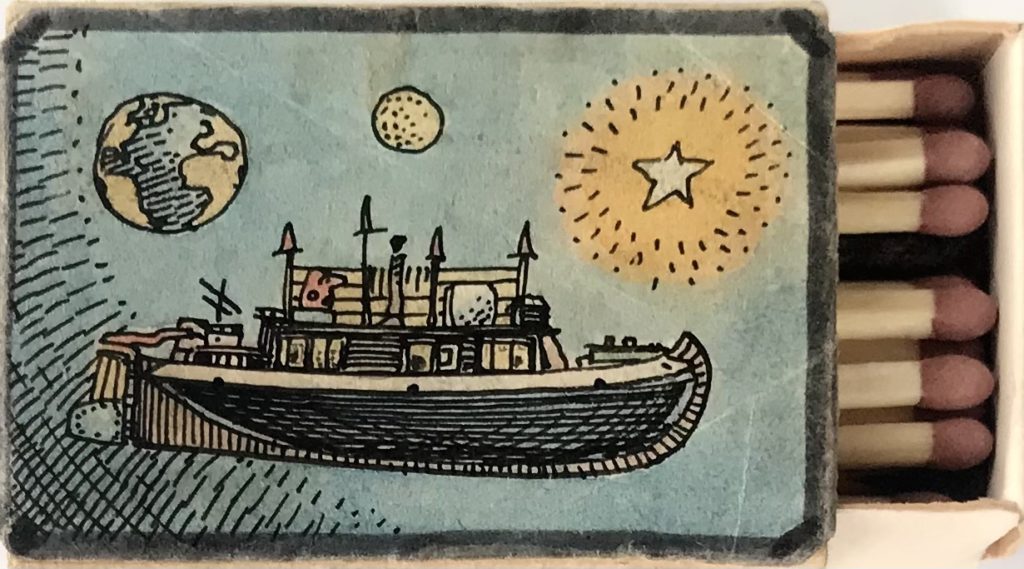 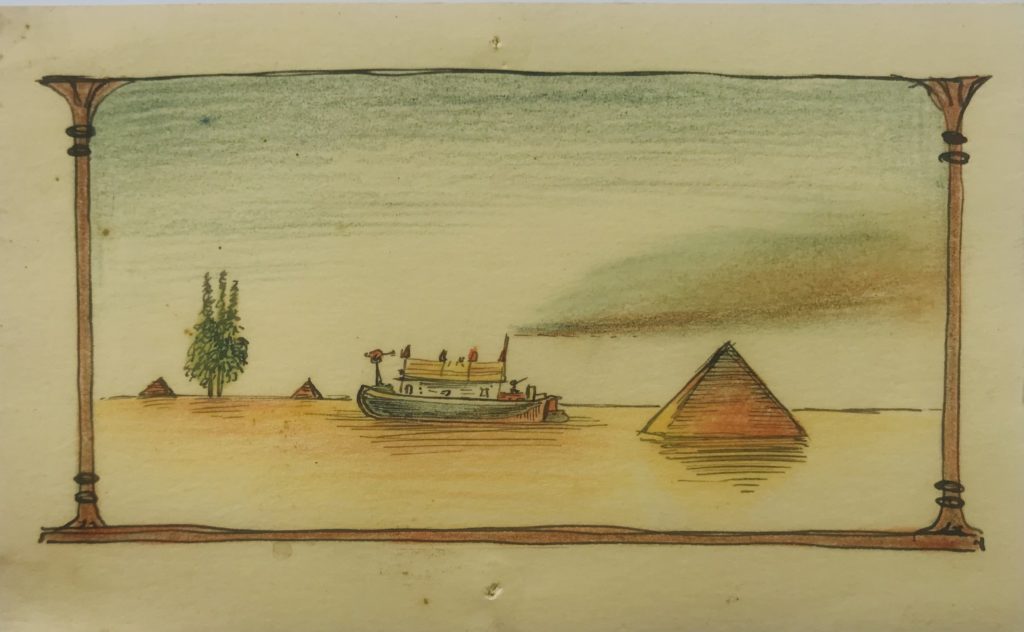 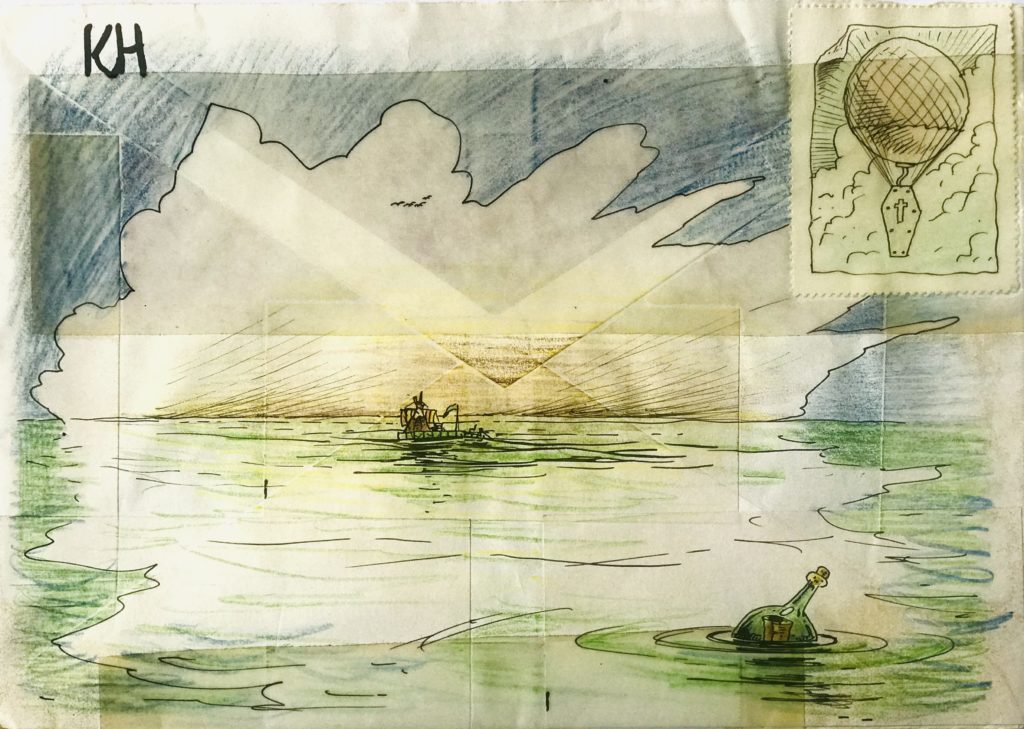 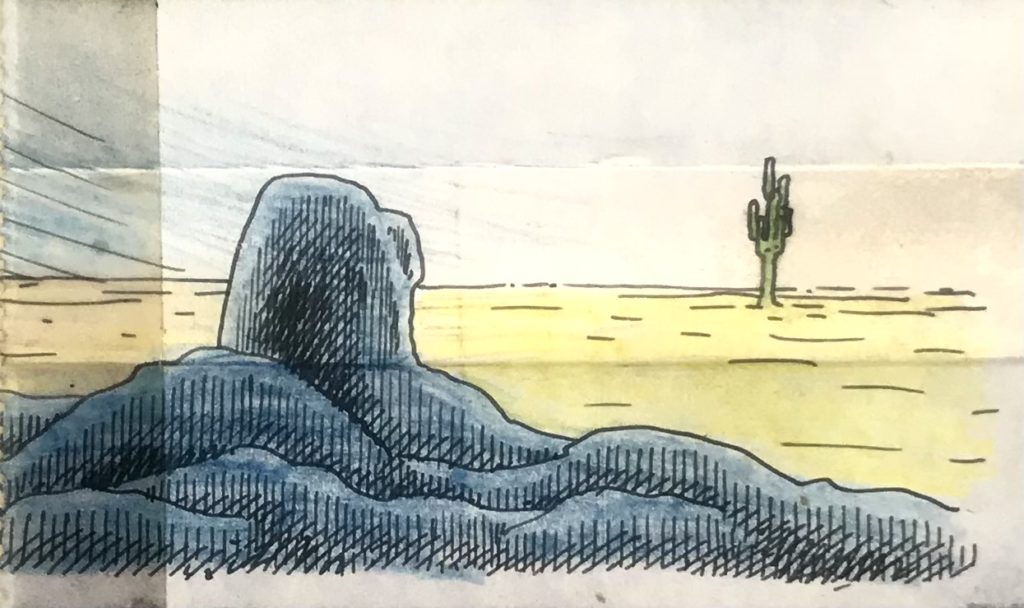