Erwin Sówka was born in 1936 in Gieschewald (now Giszowiec) in Upper Silesia, then still German. During the war he lived with his parents in Hanover, where his father worked in an iron ore mine. He remembers his early childhood as a carefree time dominated by his infatuation with the girl Urella, who later returns frequently in his paintings in the form of mysterious, Rubensian women.

After the war, Sówka’s parents and children returned to Silesia, which had meanwhile been allotted to Poland and had undergone such changes that they often regretted their decision to return, but there was no turning back. Ancient Silesia no longer existed. Initially, they lived with uncles, aunts, cousins, and cousins in the tiny grandparent’s home. Later, the family was allocated a flat in the center of the mining district of Janów-Nikiszowiec, part of the city of Katowice (www.mojekatowice-janów-nikiszowiec). 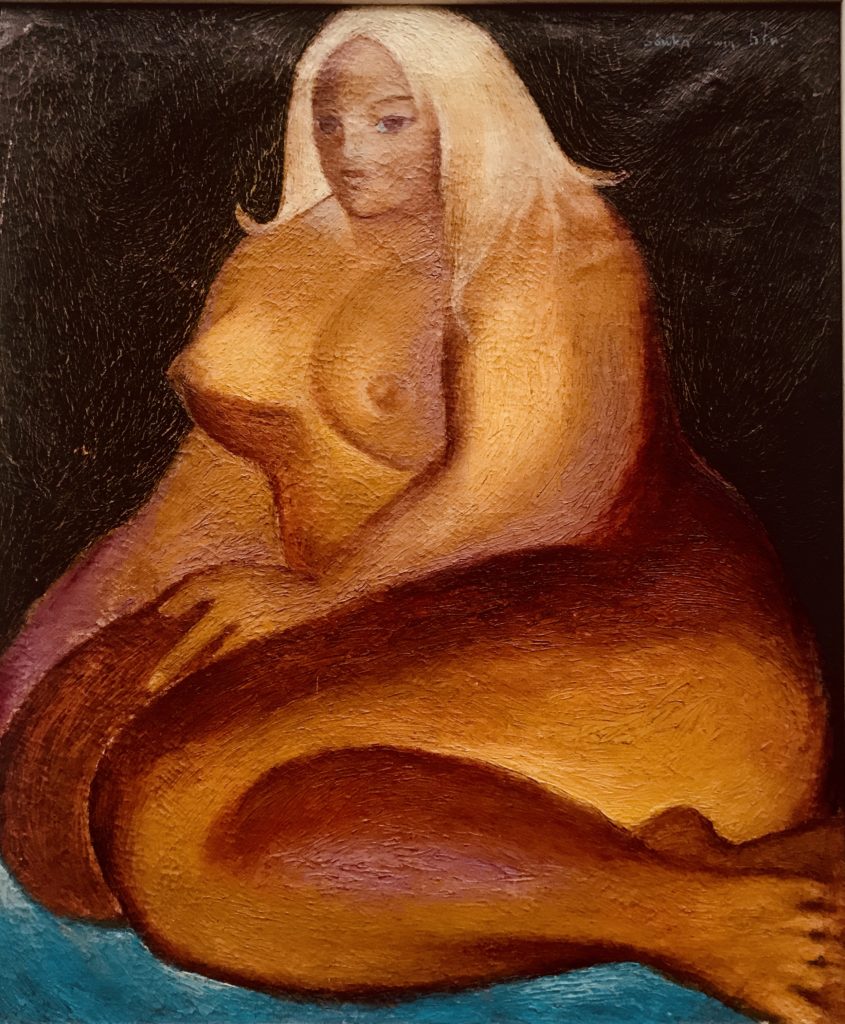 As a teenager, Sówka, like many of his peers, went to work at the nearby Wieczorek coal mine. At first he worked above ground. Later, he did cutting and digging deep beneath the earth’s surface. The working conditions were harsh and unsafe and he felt like an insignificant cog in the enormous excavator.

Since he liked to draw as a youngster, he signed up for a course by the painter Zdziwlaw Krygowski at the community center for arts in Katowice. There Sówka learned the basics of studio drawing, perspective and composition. He initially painted with tempera.

Around 1955 he became a member of a society of about 15 amateur artists who, like him, worked in the local coal mine and lived in the Nikiszowiecz district. This mutually stimulating and inspiring group later gained national fame as the Grupa Janowska and consisted among others of Eugeniusz Bak, Ewald Gawlik, Teofil Ociepka, Boleslaw Skulik, Leopold Wróbel and Pawel Wróbel. Ociepka had with his demonic-occult paintings such a great influence on Erwin that he is often regarded as his artistic heir. 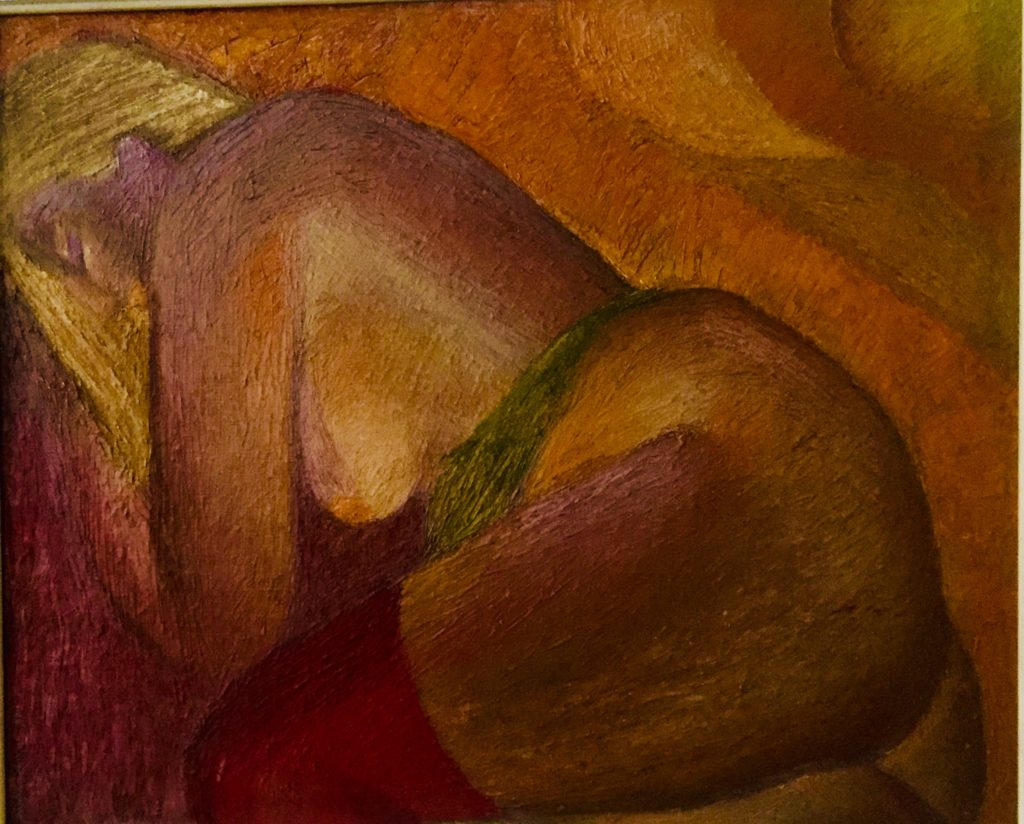 His early works express a fascination with women and their bodies. In his own words, this fascination arose from memories of his childhood and early youth, the period of peeking at girls playing and his infatuation with Urella. The woman has always been a great mystery to him, which he has tried to fathom and imagine throughout his artistic career.

It was only years after his retirement in 1984 that he was able to overcome his negative sentiments towards coolie work in the mine. Since then, the mine and the Nikiszowiec district have become increasingly prominent in his work, often as a mysterious setting full of hidden symbols.

With his fellow group member and friend Boleslaw Skulik he had long conversations about theosophy, occult literature, the dark arts and meditation. On that basis, he developed a lifelong obsessive interest in the esotericism of the ancient Eastern cultures, the Sumerians, Hinduism, etc.

Erwin Sówka passed away in January 2021. He left behind a large and impressive oeuvre that, especially in the later years, shows an integration of his fixations on women, the miner’s existence, occultism and Eastern spirituality. 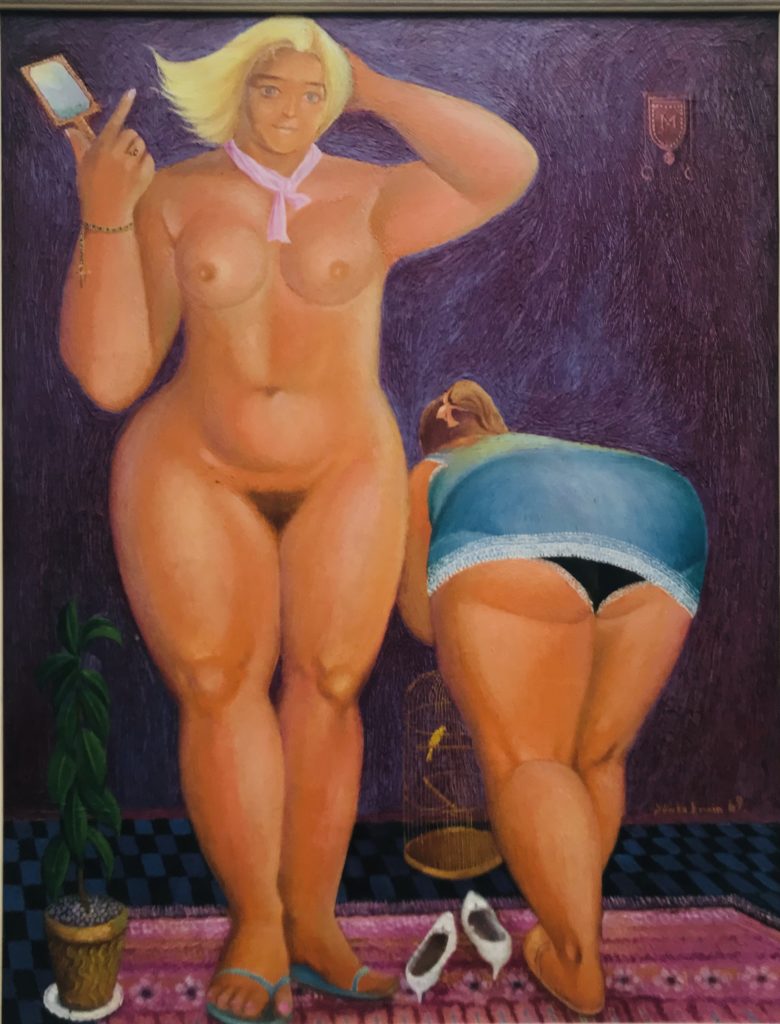 Sówka’s work is included in the collections of the Ethnological Museum in Warszawa and the museums of Bytom, Katowice, Otrebusy and Zamosc.

His works have been featured in numerous exhibitions, including the Silesian University Museum of Katowice (1979), the Regional Museum in Nowy Sacz (1980) and the Muzeum Slaski in Katowice (1986 and 2012). The last exhibition took place at the end of 2020 at the initiative of the Polish collector Maciek Balcerak in the museum of Zamosc.