Ludwik Wiecek was born in 1911 in the village of Luzna in southeastern Poland. He was short, hard of hearing, had a speech impediment, intellectual disabilities and poor health. His speech impediment made it difficult for adults to communicate with him. School education was out of the question for him. 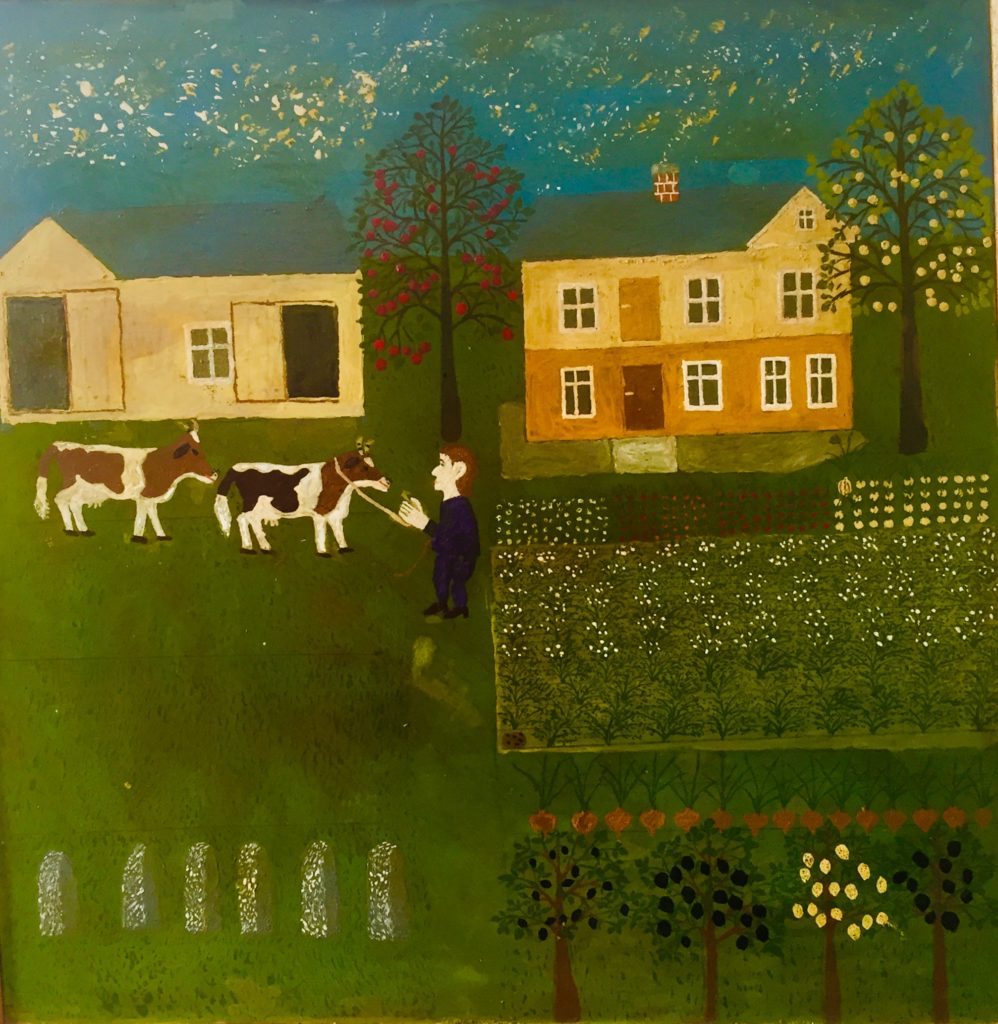 All his life he performed light farm work such as herding geese and cows. He experienced a lot of understanding of the local farming population and got along well with (other) children. All his life he has been stuck at the level of a little boy. He loved to dress up and play. For example, in the sixties he ran through the village with a procession of children to play Vietnam, armed with a wooden gun.

Meeting in the village, Oil paint on panel 55×55 cm

From his boyhood he was interested in the statues and paintings in the village church and the reproductions of works of art that he found in books and magazines. Around 1970, one of the farmers he worked for was moved by Ludwiek’s attempts to make his own colorful paintings based on the images he saw in the church and of the farmlands with livestock and birds in the area. To stimulate this hobby, he bought him a foreign album with pictures of the paintings by Rubens, Titian, Giorgione, Manet, etc. It was a gift for the rest of Ludwiek’s life. He depicted the themes he encountered in this album (sleeping Venus, Olympia, the miraculous catch of fish) in his own way. Not in the sense of copying, but as a re-creation to his own experience and environment. He gave the buildings and clothing of the depicted characters a more homely and contemporary form. In addition, he painted landscapes with children, cattle and birds from his own fantasy. 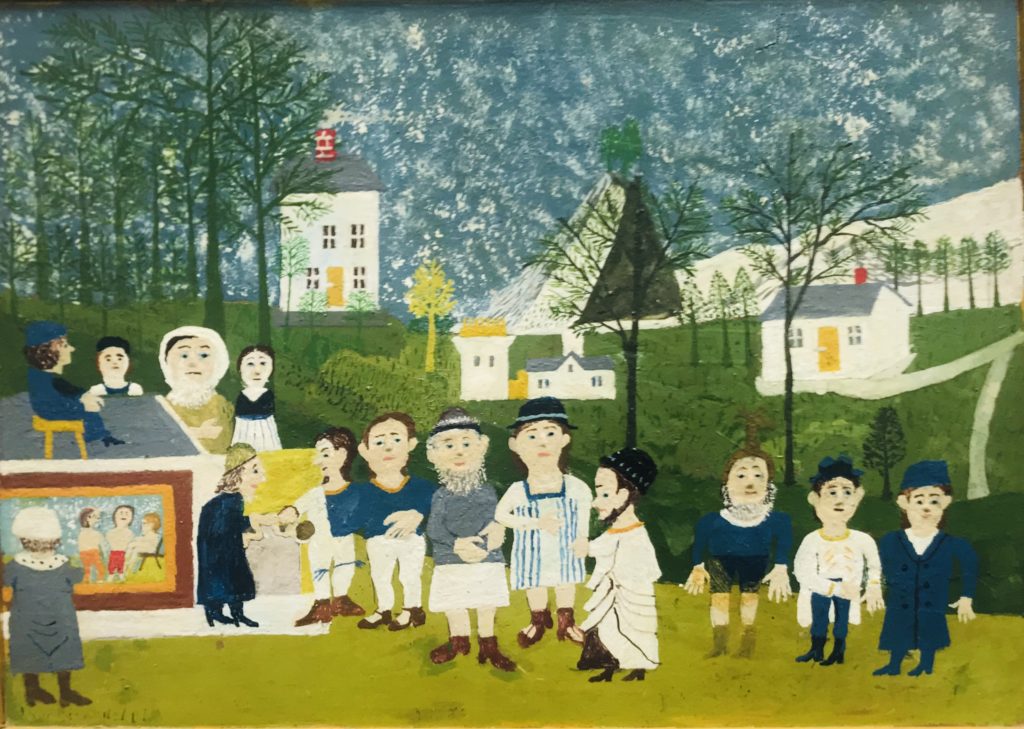 Wiecek attached great importance to the quality and durability of his paintings. He worked with primary colors on a hard surface (panel) and used a lot of varnish to obtain a glossy effect. By painting he escaped the routine of everyday life and became ‘someone’. 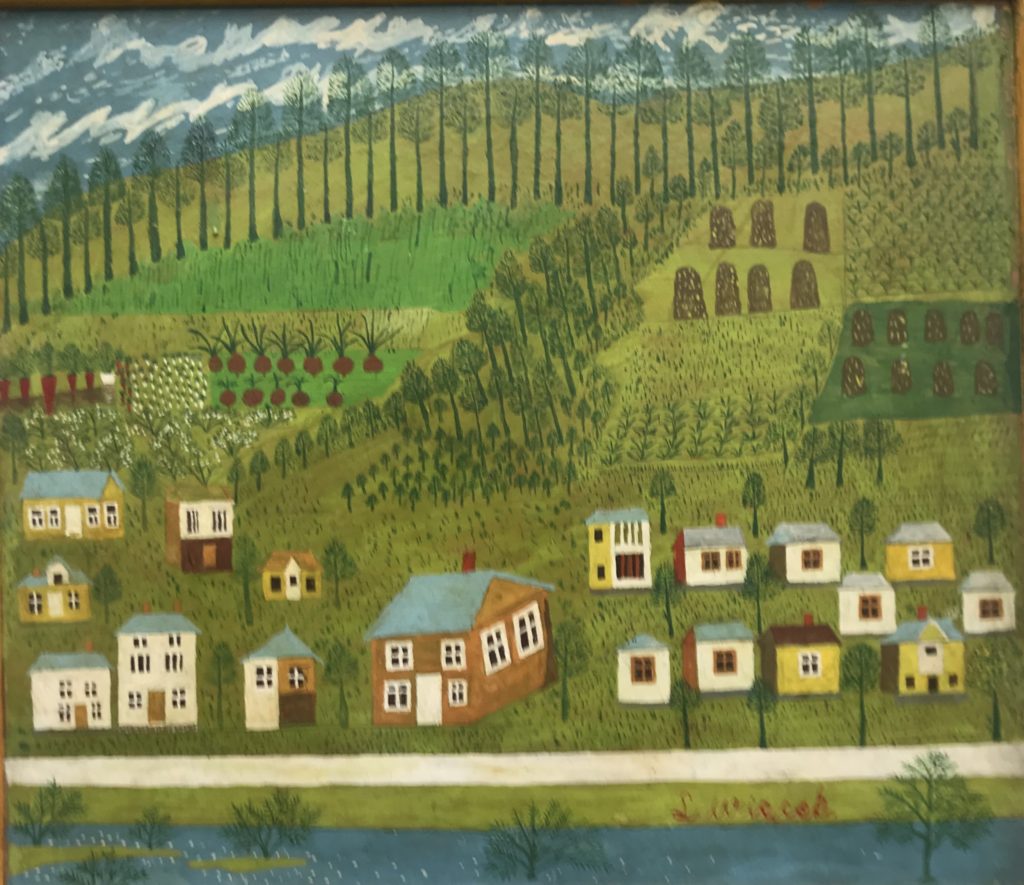 He continued to paint until his death in 1985. His works are included in several Polish (Radom, Bytom, Kraków, Katowice, etc.) and foreign museums and collections and are still regularly presented in exhibitions of non-professional art.